Think of your best friend, or your closest relatives, and imagine them coming up to you and excitedly sharing how their partner finally proposed to them. You may not even have to imagine, perhaps you’ve already lived this exciting scene. They wiggle the fingers on their left hand at you, showing off the sparkling bling now adorning their finger. Did you imagine diamonds on that engagement ring?

Though it may be difficult to picture, engagement rings and diamonds haven’t always been synonymous. In the past, many different gemstones, such as sapphires and rubies were hugely popular for engagement rings.  Everything changed when the De Beers group was founded to mine and trade diamonds in the 19th century. They created a global monopoly on diamonds, building an empire from the diamond rush of 1869 that famously began with the discovery of a whopping 83.5 carat diamond in South Africa.

However, it was their marketing campaign that truly altered global views on what an engagement ring should look like. They started their journey to making diamonds the symbol of eternal love, by utilizing celebrities who proposed with diamond rings. Their marketing was so successful because they weren’t selling a simple product, they were selling an idea, a narrative, in which they challenged men into asking themselves: Can you really put a price tag on love that lasts forever? One of their ad campaigns promoted the idea that an engagement ring should cost at least 2 months salary. After all, isn’t that such a small price to pay for a symbol of your love? 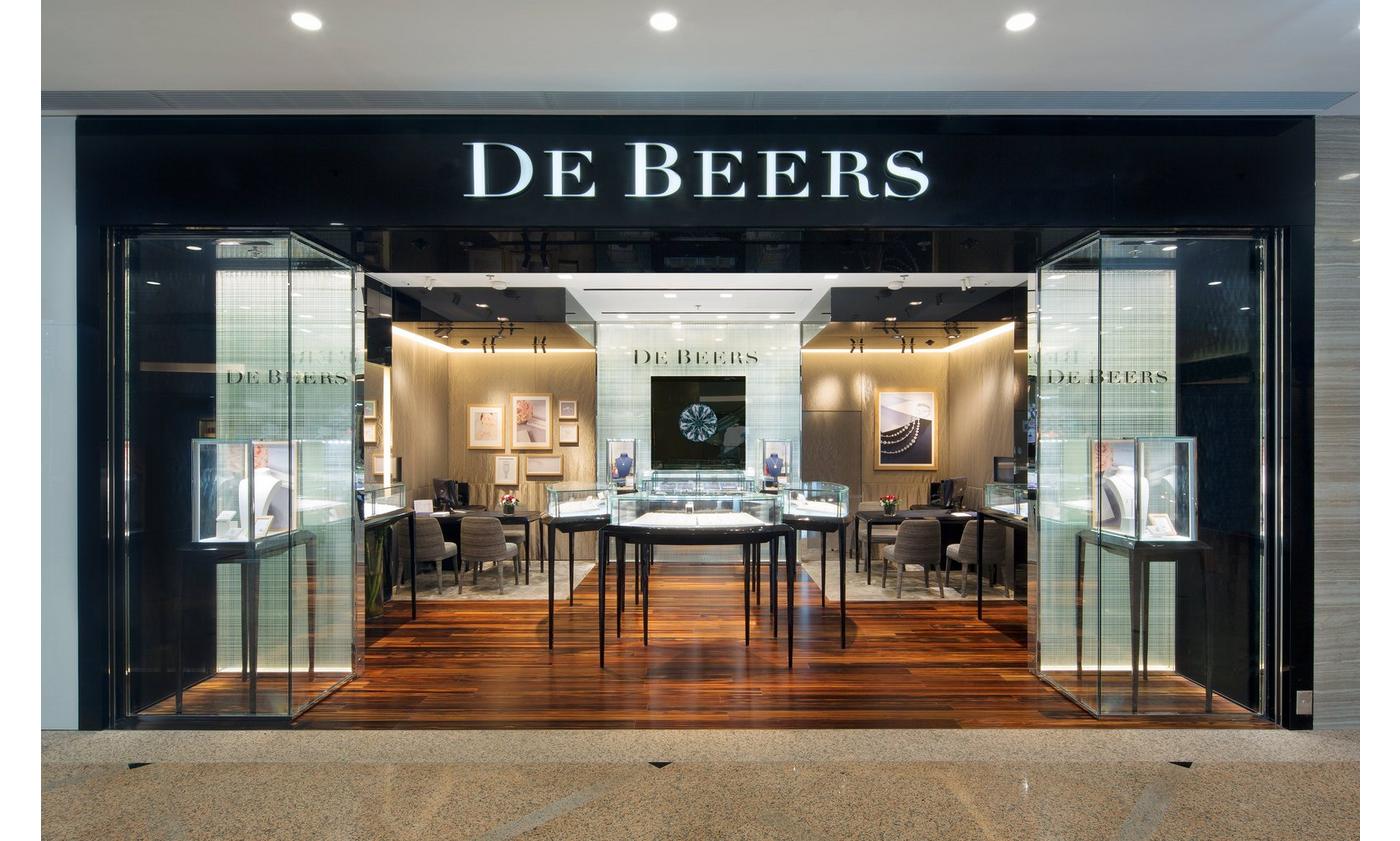 “Diamonds are forever,” became the popular slogan that defines the De Beers empire. They equated their stones with your legacy of love and marriage. Why would anyone get anything but a diamond ring for their partner? Especially when that ring has been equated with eternal love, you simply couldn’t have a wedding without a diamond ring, the two ideas had now become inseparable. 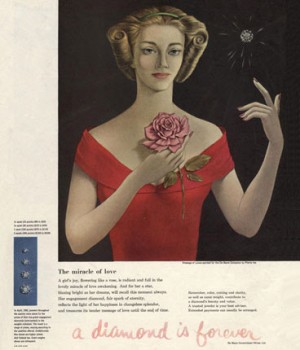 Of course, not everything about De Beers is sparkling and shiny, after all it was a monopoly created by using a variety of tactics, ethical and not, to gain control of the diamond market. In one of many cunning moves, De Beers wove a web of fantasy, advertising diamonds as rare stones, when this was not the case at all. Since they had essentially monopolized the diamond market, they mined a lot more diamonds than they sold, simply storing them in order to restrict their supply and drive up the demand and prices around the world. Thus, the diamond, one of the most common precious stones to be found, gained a very false reputation for being “rare.” The diamonds that we associate to this day with rarity, love, and marriage, was simply the result of a massively successful marketing campaign over the past few decades.

Despite what De Beers would have us believe, we know diamonds aren’t rare, or a necessity for marriages, and nor are they needed to symbolize our love. Now more than ever before, there are many ethical and affordable alternatives to diamonds, such as moissanites, that can seal your promise to your partner without breaking the bank or losing any of the sparkle. So perhaps the next time you, or someone you know, is in the market for an engagement ring, diamonds don’t have to be the expensive solution you turn to.

Back to Proposals, Weddings, Jewelry, and all Things Romance!
Use left/right arrows to navigate the slideshow or swipe left/right if using a mobile device